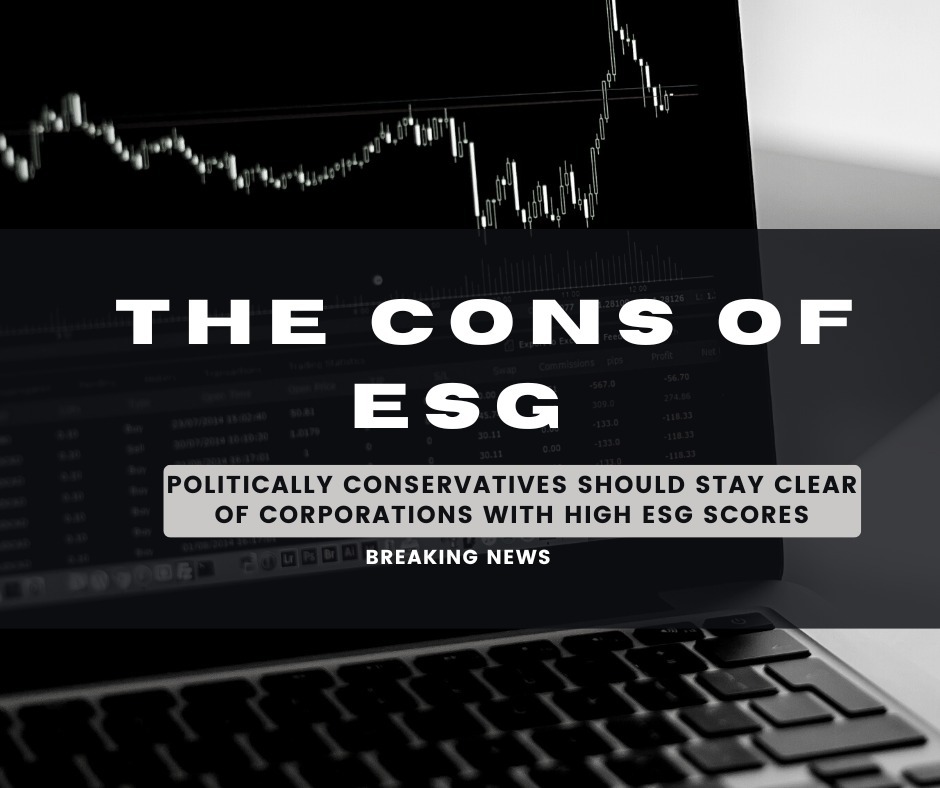 ‘Woke Investing’ will not go away.

ESG, or environmental, social, and governance factors being considered in investment and business decisions, appeared to have a bright future earlier this year. According to Morningstar Direct, the investing field was coming off a record-breaking 2021, with $649 billion flowing into ESG-focused funds globally.

According to one estimate at the time, one-third of the world’s assets under management, including money from a growing number of massive public pension funds, were invested using ESG principles. With climate change, widening inequality, and other social issues, ESG has been branded as one of the movements the planet needs at this time. Several business schools, including Wharton, offer MBA programs focusing on environmental and social issues.

A portion of that identity crisis is a marketing issue. It has recently become entangled in value conflicts and, thus, America’s culture wars and was initially conceived as a strategy for longer-term profit maximization.

In ESG, external factors are assessed rather than the impact of the business on the more fantastic world (How might coastal flooding affect my factory? How might a more diverse team affect performance?)

When bottom-line-oriented businesspeople discuss ESG, they frequently focus on the first point. However, it is easy to conflate the two, and many marketing

efforts do. ESG is given the “Do well by doing good” branding associated with other business movements such as stakeholder capitalism or “impact” investing. As a result, there is a hazy picture in which aligning investments with one’s social values (such as environmental protection) gets mixed up with ESG, which is supposed to be based on a business case.

It’s no surprise that some conservative luminaries and politicians have demonized ESG, referring to it as “woke capitalism,” a scheme by liberal financial institutions to defraud American investors to advance progressive causes. Former biotech entrepreneur Vivek Ramaswamy has become the poster child for the anti-ESG movement, launching a couple of investment funds, including an energy ETF with the trollish ticker DRLL, to oppose sustainability and diversity initiatives. The messaging, picked up by former Vice President Mike Pence, Florida Gov. Ron DeSantis, and Fox pundit Tucker Carlson, among others, has raised ESG’s profile while also making the conversation more confused and misinformed. (Carlson went so far as to blame the Sri Lankan economy’s collapse on ESG.)

To businesspeople who take ESG principles seriously, this is all a frustrating sideshow. They see plenty of flaws in the current situation but know a framework worth improving. As a professor at Wharton and faculty director of its ESG initiative, we have a lot of work to do. Witold Henisz says.

In ESG ratings, companies are often scored on E, S, and G simultaneously, which is a source of confusion due to its exaggerated claims about return on investment. For example, Elon Musk called ESG indexes a “scam” after Tesla was dropped from an ESG index due to allegations of racial discrimination at the company and other issues. However, Tesla is undeniably important in fighting climate change because of its electric cars.

As Henisz points out, much of the anti-ESG movement is a concerted effort supported by organizations such as the fossil-fuel-friendly American Legislative Exchange Council, with “anti-ESG” bills introduced in at least 17 states and enacted in at least five since early 2021. Such efforts generally aim to prohibit the use of ESG factors in public pension fund investments, as Florida recently did with its $186 billion state fund, or to penalize investors perceived to be discriminating against specific industries through ESG policies.

Texas passed legislation prohibiting municipalities from doing significant business with banks that restrict funding to oil and gas or firearms companies in September 2021. As a result, five large banks, including Citigroup, JPMorgan Chase, and Goldman Sachs, left the state’s municipal bond market on those grounds. According to an analysis by Daniel Garrett of Wharton and Ivan Ivanov of the Federal Reserve, they had jointly underwritten 35% of that debt, and their departure made the market far less competitive. In addition, they discovered that the policy would cost Texans up to $532 million more in interest on the $32 billion borrowed during the first eight months of the law’s implementation.

What needs to be clarified is whether the tradeoffs for banks will change if other states follow Texas’ lead. Many banks that brag about their ESG credentials are already doing an awkward tap dance, highlighting their oil and gas holdings in correspondence with red-state officials. This provides fodder for progressive critics who believe ESG is a form of greenwashing.

So far, the ESG backlash has been primarily American, fueled partly by two SEC proposals requiring companies and funds to disclose climate and ESG data. However, politicization is perplexing for those watching from outside the United States. “ESG analysis in investing at this point is just investing,” says Lindsey Stewart, director of investment stewardship research at Morningstar, based in London. Stewart adds that once investors recognize that climate risks exist, “whether they consider themselves socially and environmentally conscious or not, those risks are there.”

The growing pains of ESG coincide with another test, the war in Ukraine, which has rendered sustainable funds underperformers. ESG indexes, which are heavy on technology and light on oil, gas, and defense stocks, are down 24.2% year to date, compared to a 21.6% decline for the broader market. Moreover, for the first time in five years, outflows from US sustainable funds were recorded in the second quarter—though not to the extent that money flows out of non-ESG funds.

This tenacity suggests that ESG-conscious investors aren’t going away. But, unfortunately, neither are the genuine risks businesses face, as evidenced by another year of catastrophic climate events—extreme heat in Europe, disastrous flooding in Pakistan, and unprecedented drought in China. According to Swiss Re, climate change could reduce global economic output by up to $23 trillion by 2050. Anticipating those risks isn’t about pleasing “woke” investors for many executives: it’s about protecting the bottom line.