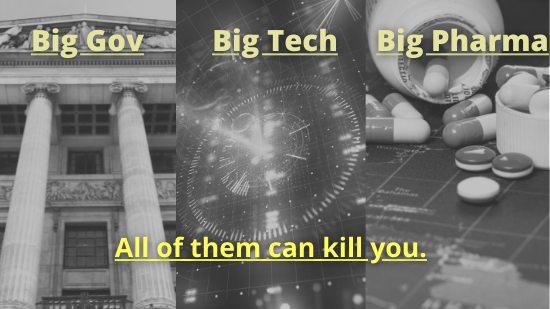 I was on my way to see Charlie Kirk and Dennis Praeger speak the other night in south Florida when I realized I needed gas.  It had been a couple of weeks since I’d filled my tank as I’ve been trying to reduce my carbon footprint by unicycling and skateboarding to most meetings.  Little did I realize that when I turned into the station I was in for a shock.

In the approximately two-week interlude between filling station visits, the price of a gallon of gasoline had risen from $3.69 to $4.59.  When I shared my shocking news with a friend in Northern California, he replied, “Wow!  Are you ever lucky.  It has hit $6 here!”

Penniless, I proceeded to the event where I listened to Dennis and Charlie diligently discuss the evils of socialism and excesses of big government, a message with which I am typically in tune. But on this particular evening, after my foray to the gas pump, I found particularly appropriate.

Charlie Kirk was once known as the “big government sucks guy,” owing to a slogan he created at Turning Point USA back in 2014.  Eight years later, with big government being joined at the hip with big business in terms of imposing collectivist type policies, that phrase can be reduced by three syllables into the more succinct, “big sucks.”

Big government sucks, I agree.  Big education sucks. Big Tech sucks. Big, it turns out, is bad.  Dennis has always said that everything the left touches turns to…well…let’s just say it doesn’t turn to gold. Now Dennis is saying that “Big” and the left have become the same thing.

Let’s stay with my gas station experience by way of example.  In September of 2019, the United States passed a threshold it had not crossed since data started being kept in 1949.  In the aforementioned month, the United States exported more petroleum than it imported.  There’s a very technical term for such an event.  It is “energy independence.”  After decades of the U.S. being dependent upon foreign sources of oil, in particular from the Middle East, we were finally unbeholden to any other nation.

The average price of a gallon of gasoline in that month was $2.69, almost two-full dollars less than the price I paid earlier this week.

What happened?  Big government happened.  The Biden administration has inhibited domestic energy production mention Keystone etc.  and has once again made us dependent on foreign oil.  Not Russian oil, I hope?  Fear not.  Big government has removed our dependence on Russian oil and replaced it with dependance upon Venezuelan and Iranian oil.  If you still don’t believe that the Biden Harris Socialist Administration didn’t actively work to make these high gas prices, read this recent piece posted at Townhall.com.

The truth is that everything that gets turned over to large entities for control becomes subjected to the kind of centralized planning more typically associated with communist countries than with free market republics.  Centralized planning replaces the dynamic and quick decisions and adaptations of the marketplace with the cumbersome processes and nefarious motives of “star chamber” executives.

Centralized planning is now evident in almost every aspect of American life.  Education is controlled at the federal level more than ever through the Department of Education.  The SEC is now interfering in how corporations constitute their boards of directors along racial lines instead of merit and competency.  Environmental, Social, and Governance (ESG) policies inhibit the ability of companies to raise various forms of capital unless they comply with costly and arbitrary “standards” of conduct.

The trick to all this is how the general public is deceived into thinking that all of these central planning policies are necessary and beneficial.  People are told something like, “Companies don’t always behave in the best interest of the public, so banks need to make them behave before they lend them any money.”

They might also be told that fossil fuels are causing climate change, so the U.S. needs to stop harvesting the fuel in order to save humanity.  These contentions cause the average citizen to say to themselves, “Sounds bad.  We ought to do something.”  That eventually leads to a windfall for Venezuela and gasoline hitting $6 a gallon in California.

People need to realize that every time they are told by a Socialist that there is some sort of problem in need of a collective redress, the Socialist solution is always, not sometimes but always, worse than the problem they purport to solve.

Progressives, aka Socialists (in training), always present themselves as being the party of the “disadvantaged.  The problem is that their policies always end up dissing the disadvantaged.  Owing to my good fortune of being able to use the power of free market capitalism to make a good living, I can afford to pay that $4.59 for a gallon of gas in south Florida.  For those who are not so fortunate, those gas price force them to make difficult choices about what they need to give up in order to be able to drive to work.

When those people give up things, they are not giving up luxury cars, posh second homes, or extravagant vacations.  They are giving up their child’s summer camp program, a necessary medical procedure, or maybe even the car they drive, forcing them onto cramped and smelly buses.

Charlie Kirk was onto something.  Big government does suck.  But Charlie didn’t go far enough.  Big sucks.  Our current high gasoline price is just one example among many.  We have seen the impact of big tech, big mainstream media, big medicine, and big pharma over the past few years. Each of those silos has negatively impacted our lives and freedoms, with big pharma and big medicine joining together to claim the lives of a disproportionate number of the disadvantaged by denying them Covid-19 treatment.

Hug your local small business owner today.  Celebrate the independent pharmacist on the corner.  Subscribe to the online conservative journal and click on their “donate now” button.  As Steve Martin suggested over 40 years ago, “Let’s get small.”

Worried about how the Russian Invasion may continue to impact your investments? Book a call with Bob Rubin, Republican financial advisor and founder of Rubin Wealth Advisors.

Worried about how the Russian Invasion may continue to impact your investments? Book a call with Bob Rubin, Republican financial advisor and founder of Rubin Wealth Advisors.