Refuse to put Amazon into your stock portfolio cart

Rubin Wealth Advisors, in conjunction with Bill Flaig at American Conservative Values ETF (ACVF) has identified the ten worst companies for political conservatives (or patriots) to invest in. Investors can’t completely avoid placing their funds into all woke companies, but they can avoid investing in the worst offenders.

Of all the large companies that benefitted from the Chinese coronavirus lockdowns and ensuing irrational fears of American citizens, Amazon.Com, Inc. (NASDAQ: AMZN) may well have ben the biggest winner. With many people afraid to do much more than stick their heads out of their front doors, Amazon brought them everything from hand sanitizer to face masks.

What Amazon delivers in addition to its own 12 million products (over 350 million if you include third-party sellers) is reliable stream of wokeness. You don’t even have to swipe right to purchase, or create a subscription delivery. They will send woke corporate policies to you whether you order them or not.

After the events that took place at the Capitol on January 6th, 2021, Amazon Web Services (AWS), which provides servers to host various business platforms in the cloud, forced Parler, a conservative social media site, to go offline based upon the false claim they failed to monitor users who allegedly part of a conspiracy to stir an insurrection. The move was joined by other woke companies and nearly sent the free speech platform permanently out of business. While Parler is still around today, Amazon’s interference severely and lastingly crippled its market presence.

It’s easy to forget that Amazon started out as a bookstore before it became a source for nearly everything you could possibly need or want to order (Try that sometime. Think of almost any odd thing you can imagine and then search for it on amazon. Odds are you will find it). In an effort to lose track of its core competency, Amazon has made certain to bring its woke polices into the realm of publishing by restricting what can be sold on its platform. Call it a form of digital book burning.

One area in which Amazon has been particularly aggressive is that of the attention-seeking transgender movement. In 2021, Amazon removed its book listing of When Harry Became Sally: Responding to the Transgender Movement, by conservative scholar Ryan Anderson. The book had been listed for sale for three years prior and had been widely recognized as being well-researched.

Amazon’s vice president of public policy, Brian Huseman, wrote in a letter to GOP Senators in March of 2021 the following:

As to your specific question about When Harry Became Sally, we have chosen not to sell books that frame LGBTQ+ identity as a mental illness.

There are two problems with the statement that Huseman made. The first is that in his book Anderson does not refer to “gender dysphoria” as a form of mental illness. The second problem is the Diagnostic and Statistical Manual of Mental Disorders (DSM-STR) at the time did list gender dysphoria within its pages. The DSM-STR could be purchased on Amazon’s site at the same time it removed Anderson’s book.

The move was pure politics.

It isn’t just Amazon’s C-suite that is woke. The social disease is pervasive throughout its workforce. In April, The Guardian ran a story with the headline, “Woke Amazon staffer cries in meeting to discuss the ‘trauma’ caused by best seller children’s book ‘Johnny the Walrus’ that compares being transgender to pretending to be a walrus.” The book was written by conservative commentator Matt Walsh. The employee relayed a comment from a customer that the book encourages children to either hunt down and kill transgenders, or to commit suicide if they identify as transgender.

A quick search of Amazon’s site shows that Johnny, despite the threat it poses to create killing fields for transgenders, is still available. Better buy quickly!

Amazon has also decided to weigh-in on the question of “Are you truly Black or do you just have a different melanin level?” During Black History Month, Amazon pulled a documentary from its video platform, Amazon Prime Video, about conservative Black Supreme Court justice Clarence Thomas. It did not offer any explanation for its action to the filmmaker who produced the documentary nor to the media.

Finally, now that it appears that Justice Thomas’s Supreme Court is going to overturn Roe, Amazon, along with other woke companies, is planning to pay for employee travel expenses in order to kill their unborn child in a welcoming state. The plan is to reimburse up to $4,000 in such expenses. Senator Marco Rubio (R-FL) is proposing legislation to eliminate Amazon’s ability to deduct that expense for tax purposes, but not only does the legislation have zero chance of becoming law, Amazon is so large they can easily just absorb the cost if it so chooses.

As an investor, staying away from Amazon is difficult. The pandemic not only sent the stock price soaring to over $3,500 per share (but it has come down to a more reasonable $2,300 price), it so ingrained the habit of shopping from your recliner in your underwear that it is unreasonable to think Amazon will decline in popularity any time soon. That said, it is very difficult to rationalize investing your hard-earned money into a company that quite openly and defiantly censors your fundamental values.

Swipe left on Amazon stock and instead fill your shopping cart with investment opportunities that don’t lecture you on what free speech should or shouldn’t include, what constitutes behavioral health norms, or what it actually means to be “truly” Black. While you’re at it, get dressed and head on out to that old corner store. You’ll get some exercise and some entrepreneur will be very glad to see you. 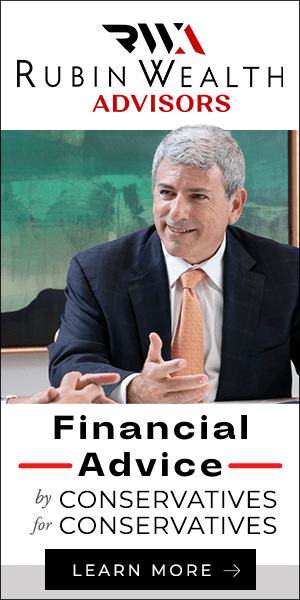